Conclusion: These results suggest that ACV nanoparticles based on Eud RS100 and Eud RL100 could prolong the release of the drug. 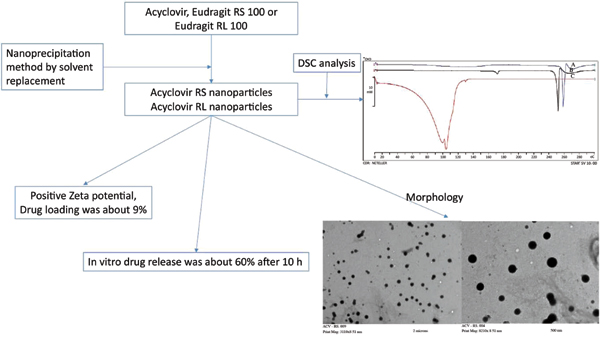